Best things to see and do in Nice 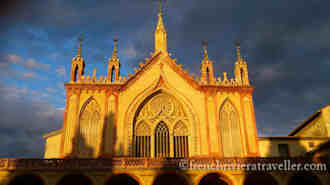 Take a day trip from Nice

Find a place to stay

Few Nice sights can rival its Old Port bordered by colourful pastel buildings and filled with boats of all size. For mega-yachts, you'll have to head to the deeper waters of Antibes, but the Nice Port has more old-fashioned charm. Try to go in mid-afternoon when the sun's golden rays fill the port with colour.

The construction of the port was a project of Charles Emmanuel III, Duke of Savoy, who directed it from his capital at Turin. Work began in 1750 and the port opened to traffic in 1752. But, it soon became clear that the port was too small and had a tendency to silt up. Improvements were made but it wasn't until 1829 that King Charles-Felix took matters in hand and made the necessary enlargements.

Things to See and Do on the Port 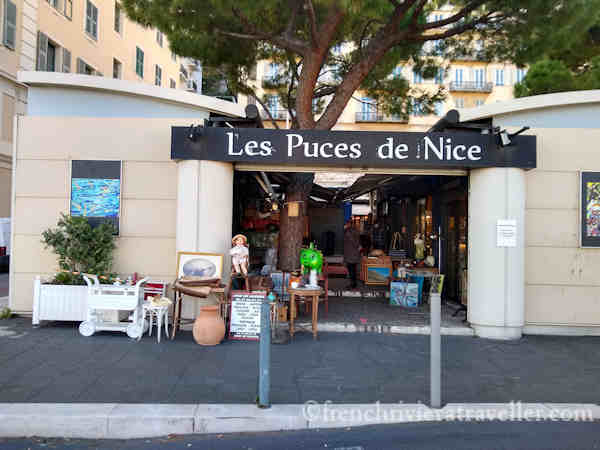 One of the Port's most relaxing activities is browsing the paintings, vintage furniture, lamps and sundry bric-a-brac in the Marché aux Puces. You never know what you’ll find.

The flea market has only been here since 1995. It began shortly after WWI as a series of stalls along the banks of the Paillon river (now boulevard Risso) and was meant to help war widows, orphans and veterans earn money. In those days everyone from countesses to clochards to actresses looking for unusual get-ups came to shop there.

When the Paillon river was covered in a series of 20th-century projects, the question of where to relocate the stalls became pressing. For a while they had a space in front of the Monument aux Morts but they complained that it was too hot and sunny. Finally this attractive little flea market village was constructed especially for them in 1995 and they’ve been here ever since. (closed Sunday, Monday)

Located on the Place Ile-de-Beauté, the Notre Dame du Port Church (also known as l’Eglise de l’Immaculée Conception) was erected to bless seafarers. The first stone was laid in 1840 for a new church but the structure collapsed before it could be completed. A new church opened in 1853, destined to serve the maritime community. It wasn’t until 1896 that the neoclassical facade with columns was completed. A few years later a monumental staircase was built to allow seamen to go directly from their ships to the church.

On either side of the church are two neo-classical palaces dating from the mid-19th century. Note the trompe l'oeil ceilings on each.

The beloved Lou Passagin service is a free shuttle that runs between the eastern and western quays. It initially began as a way for retired fishermen to supplement their income by transporting passengers in their traditional fishing boats, the pointus. The service still uses pointus but brought up to date with the installation of solar-powered electric motors that can be recharged at the dock. It’s a quiet, ecologically efficient and altogether delightful way to traverse the port. The service runs continuously from 10am to 7pm during the tourist season.

The striking clock tower of the Caserne Lympia is easily visible from the western side of the port. Now a museum and cultural center, the Caserne Lympia dates back to the earliest days of the port construction. In 1750 it was a prison that housed the galley slaves who worked on the port. It also contained warehouses for the construction equipment.

In 1826, Charles Félix decided to improve the living conditions of the prisoners and guards by enlarging the grounds. He built two pavilions at each end of the building including the clock tower in the north. It served as a prison until 1887 and was then used as an army barracks before being renovated and transformed into a museum and cultural center in 2017.

Visits to the small museum must be booked in advance but a quick tour of the renovated facade makes its previous incarnation as a prison vividly clear.

Although there are no longer fishermen hauling their catch into the port, you can eat fish and seafood in one of the many restaurants bordering the port. The eastern bank is where to go for dining; there are restaurants of all price ranges.

Things to See in Nice